Behind the Scenes: Exclusive Video of Jason Ano and Black Dave on set of 'Muthafuck! My Enemies'

Last month, we spent the day with Jason Ano on the set of Black Daves Muthafuck! My Enemies and we shared a few photos with you. Today, Dave premiered the video, and so were happy to premiere the behind the scene video that we shot while on set with him and Jason. We also talked to Jason about the video, being inspired by KIDS, and driving the shit out of his RED.

Doug: Where did the original idea of trying to remake the film KIDS come from?

Jason: KIDS was the authoritative film on urban youth. In almost every discussion I've had with my peers about which movies were the rawest depiction of adolescence, KIDS was always a top choice. Surpisingly, I haven't really seen any video work that paid homage to it. Black Dave is essentially the next generation of KIDS, being that hes a skater who works for Supreme and he even knows Leo Fitzpatrick, who stops by the store often. The film is now almost 20 years old and it's still relevant to the streets. Its in his destiny to pay homage and carry the torch.

Doug: How did you determine what scenes from the film you guys were going to recreate? I feel like that whole movie is just memorable image after memorable image.

Jason: We definitely wanted to do the first half of the film, since it focused on Telly and Casper's lifestyle. The second half had more to do with plot/theme and we could certainly do without it, considering the length of this music video. I also did a survey with my friends on which scenes were memorable. My only regret is not finding the guy with no legs.

Doug: Is it a risk to do a more narrative video with an artist like Black Dave who is just beginning his career, or were you pretty confident that Dave would be able to pull off the role?

Jason: For any director it would probably be a risk, but having been involved in street culture since my breakout hip hop video with A$AP Rocky, I knew that someone like Black Dave who skates and is also from Harlem is truly "about that lifestyle. I probably couldve have shadowed Dave and documented a day in his life with a hidden cam and produced the same video.

Doug: Was there a concern going in that Daves crew of skateboarders would be a little difficult to manager on set? How did the way they acted compare to your expectations?

Jason: Yes, there were plenty of concerns! There were lots of illegal activities going on and we had a very realistic replica gun on one of our actors. During the rooftop scene, two undercover detectives crashed our set and it was definitely the most intense moment for that day. At that point, I was preparing myself for the worst, which wasn't even going to jail. I was more afraid of the detectives bashing my equipment because that's how NYPD rolls in this town. Luck favored us that day and we all were cleared with just a non-verbal warning. Overall, Black Dave was a good leader of his crew and we were able to coordinate everybody with ease.

Doug: You take a lot of risks with your camera for this video, including letting one of the guys skateboard into oncoming traffic with it. What goes through your head when you do something like that? Is the risk usually worth the reward?

Jason: Risk is definitely worth the reward. A friend of mine alerted me to the fact that ever since I upgraded to a RED from my DSLR, I was getting too comfortable and "safe" with my shots. I want to go back to my renegade tour video-style and treat my RED like a small Canon camera. I don't let my tools control me, no matter how expensive they are. If I'm buying a Ferrari, I'm going to drive the shit out of it.

behind the scenes, black dave, jason ano, muthafuck! my enemies

More Behind the Scenes:

The Making Of "Freak" By Steve Aoki, Diplo, & Deorro With Director Ryan Staake

Posted by Doug Klinger on July 1, 2014 in Behind the Scenes 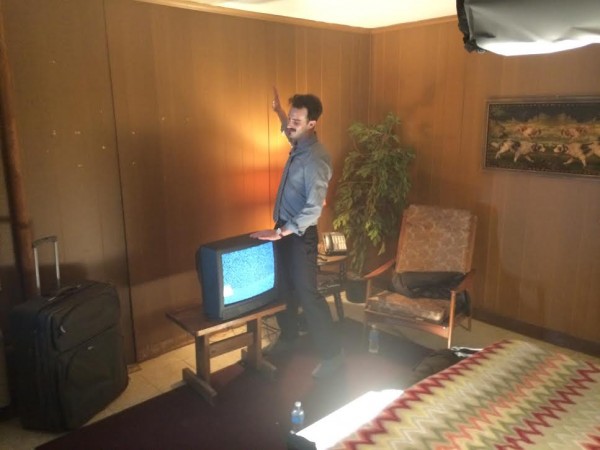 Last week, director Ryan Staake released the music video for Freak by Steve Aoki, Diplo, & Deorro, a hilarious and sexy video that at first appears to be a lot more NSFW than it actually is. We asked Ryan do go behind the scenes on the video and show us… Read More

Behind the Scenes: Before You Exit and James Davis II on set of "Dangerous"

Posted by Doug Klinger on April 4, 2014 in Behind the Scenes 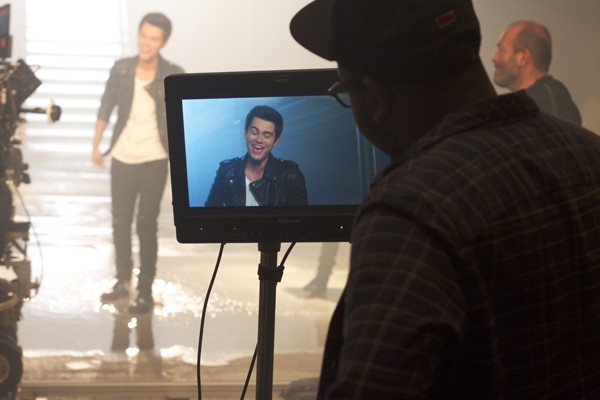 Back in January, we were invited down to Miami by Vilas Entertainment to spend the day on set of Dangerous by Before You Exit, directed by James Davis II. While there, we took a few photos of the action, shot some video, and only walked into one glass door while… Read More

Behind the Scenes: Korn and Giovanni Bucci on Set of "Never Never"

Posted by Doug Klinger on November 8, 2013 in Behind the Scenes

Back in early August, we were out in LA doing all sorts of cool LA things like eating Jack In The Box, sitting in traffic, and shooting photos on sets of music videos. One of those music videos we were lucky enough to shoot photos on (thanks to RW Media) was "Never Never" by… Read More

Behind the Scenes: Phil Mucci On Set Of "Zenith" by Huntress

Posted by Doug Klinger on October 4, 2013 in Behind the Scenes

Last month, we talked to director Phil Mucci and Huntress lead singer Jill Janus about their "Zenith" music video. The sexy, high-energy video has been one of our favorites of the year, so we were really excited when Phil sent us over a ton on exclusive images from production. Below… Read More