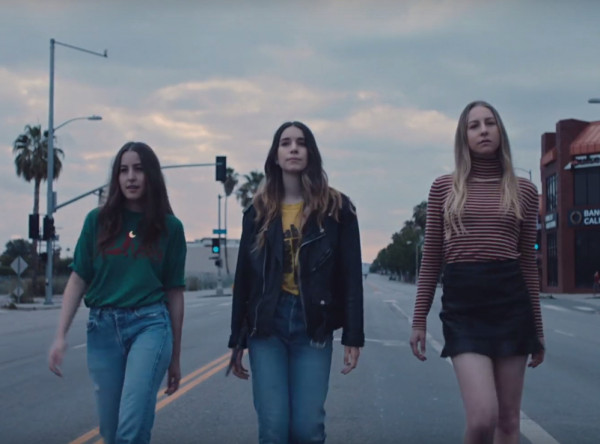 Hi IMVDB readers! I know this site has been a bit broken as of late, but it doesn’t mean you can’t rely on it for your annual recap of everything good in music video land for 2017 AD. (Anno Domini, not Assistant Director)

The internet was overwhelmingly exhausting this year so there might have been a video or two that you have missed. I don’t blame you! Or maybe a certain one deserves another tally on the ol’ YouTube dial. (that only requires about 30 seconds come to find out)

In the words of our holy God, Beyonce, when life gives you lemons, you turn it into this year’s Lemonade. I live in fear of shoots like the one depicted in this video. Ryan Staake has always been clever, but he really outdid himself here. What a tour de force of music video making! Thank you Young Thug for letting this exist and someone please let Ryan do his alternate pitch of just filming an entire music video budget on fire. I’ll produce that job for free in fact.

Irony is a common theme for my picks this year. But, man, do I love me a story of supernatural biblical proportions. It’s been four years since Isaiah Seret dropped a new music video and this was one for the ages. And he even licensed Stan Brakhage! I’ve watched this a dozen times and I find a new nuance with every view.

What else do I love? A good existential meandering. It’s these kind intellectual dead ends that keep me up all night when I have a 5 AM call time. I just don’t have a hot girl to mansplain to. (P.S. If that happens to sound like the perfect night to you, you can find me on Raya and every other dating app known to man) Minus the mansplaining though because that’s not cool, but you probably already knew that. Sorry. There I go mansplaining again, where were we? Dinosaurs? God? How this song reminds me of “Cat Person”?

Haim - I Want You Back

I forced myself to choose only one Haim video for my list, and despite my adoration for all things PTA, I went with this one! Simple California Laurel Canyon Ventura Boulevard sisterly love. If only there was a car crash tho?

It’s hard living in your wife’s music video shadow. But, Jay-Z gave it a solid attempt in 2017. I was moved by Mark Romanek’s Merrie Melodies, and laughed at Lakeith Stanfield as Chandler?! There is also some wonderful dialogue and acting in Legacy. However, is that a music video? The song was the ending credits! But, not like this classic. Anyway, all said and done, I was in awe by this one from Miles Jay. Gorgeous intimate work for an epic period piece. I want a photo book of some of these frames!

There was another artist who went the Lemonade route this year. I always try to be HUMBLE and not include anything I work on in these lists. However, I truly think ELEMENT is the best video Kendrick has ever done. I always wanted him to have a video like this that can capture the poetry, honesty and intensity of his lyrics. It’s just a shame that it had to come as a Gordon Parks rip. But, apparently, it’s all good now?

Normally my list is mostly filled with little gems like this. I love a well executed gag and what a great song to add to your Apple Music playlist-- “Songs I first heard in an Apple Commercial” or “Elevator Music”

I’m glad someone finally figured out why it takes girls so long to get ready to go out at night! They are filming elaborate one takes with their iPhones! Although, I think Henry Schofield took it a little to the extreme here—they didn’t even go out and were like f it, let’s keep our make up on and just hop into our bikinis in the morning! I feel like this pitch was “what if there was a more polished version of 7/11?” Have to give props to Hyatt for not plastering their product placement over this. After all, we have the internet to figure that out on our own.

I mean, these two kids… If this doesn’t make you just giddy and smile uncontrollably, you must be the 45th President of the United States. And hate immigrants. And/or universal healthcare.

Foster The People – Sit Next To Me

I hate watching videos on my phone. No director or DP deserves that. Even the crappiest cinematography deserves at least a Sony 17” monitor. But, I stand corrected-- this video belongs on your phone and nowhere else. It brings new meaning to “doin it for the gram.” I’d double tap this fo sho. #isanyonestillusingnashville

I really overused the word love in this post and I don’t care. I love love. So much that you should check out my latest release LOVE. Thanks for reading and see you around the crafty table in 2018! 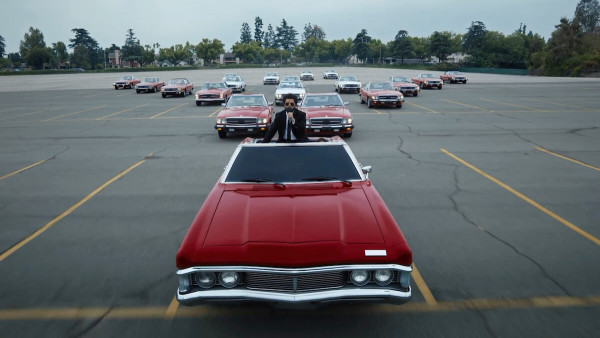