Welcome To The New IMVDb

If you visit IMVDb on a regular basis you may have noticed a big change that was launched in the middle of last week - a new version of IMVDb. We're really excited about it, not because it's the biggest update to IMVDb we've ever released, but what it means for the future of the database and this website.

Rather than take you through each new feature (we'll do that in individual blog posts over the next few weeks), it's easier to go back to the beginning of IMVDb and tell you why we needed a change.

Doug and I started what was then called FilmedInsert while I was living in Boston in 2010, and at the time we had very little idea of what IMVDb was going to look like several years down the road. I didn't even know if what I was making was going to make it past a few months of playing around.

As the site grew and we added on more and more functionality, we ran into an issue that many growing websites do - we were starting to do things we never even thought of when we started, and our structure was weighing us down, making it harder for us to adapt and build what we had in our minds.

So, it was time to take a step back and reorganize the internals of the site to help us reach our goals in 2014. We've added some key new technologies to the site like videoflow, linemine, and hivemind (more on those later), but the specifics aren't all the important - what's important is that in the weeks and months ahead hopefully you'll find IMVDb to be a more and more immersive experience that helps you do what you came here to do: find and watch great music videos.

Come Blog For Us! 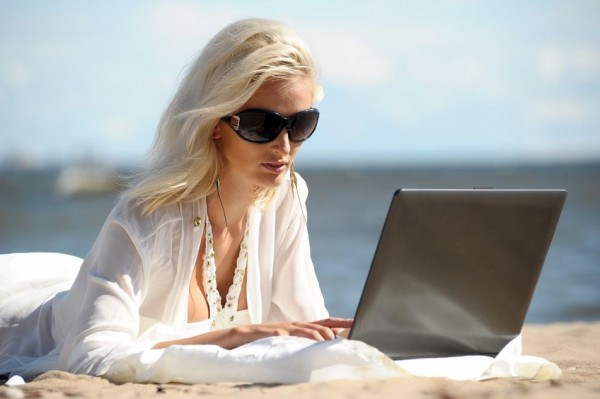 Like blogging about music videos? Well we have a blog platform, and we're opening it up to those who love music videos and love writing about them.The IMVDb blog runs off a custom blogging platform that is integrated with our database. So, for instance, on the IMVDb blog you can… Read More

Introducing a New Project: The Art of Music Videos 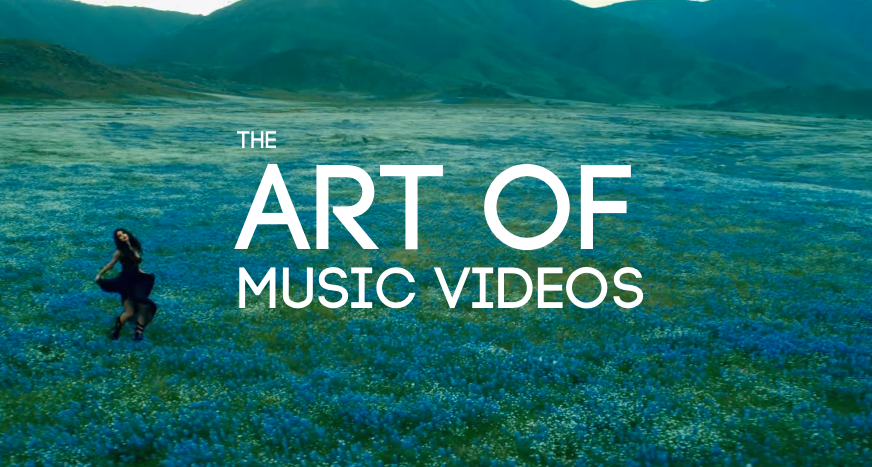 Last month I gave a talk at the Sprockets music video festival in Athens, GA, and one of things I covered is the idea of the triple-faceted nature of music videos. Music videos are the only art form that simultaneously have elements of commercials, music, and film. Each one of… Read More 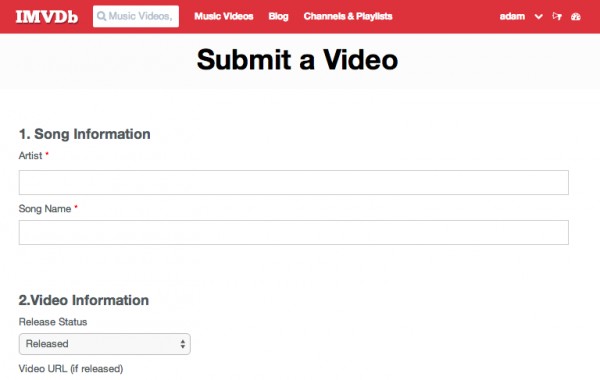 Since we first launched our video submit form over a year and a half ago, we've received more than 11,000 video submissions to the IMVDb database. We've also received more than 20,000 individual credits and other pieces of data for videos that were already in the database.Since then we've created some extra tools… Read More 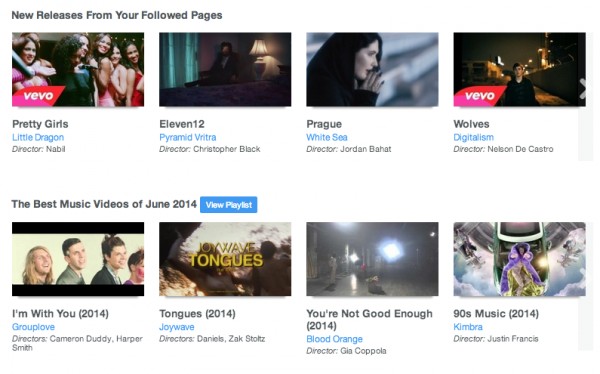 Lots of music videos come out every day, and it's not easy to keep up (trust us). Normally you just go wading through a sea of videos to pick out the ones that interest you, but today we're introducing something that is the first step in making your IMVDb experience… Read More