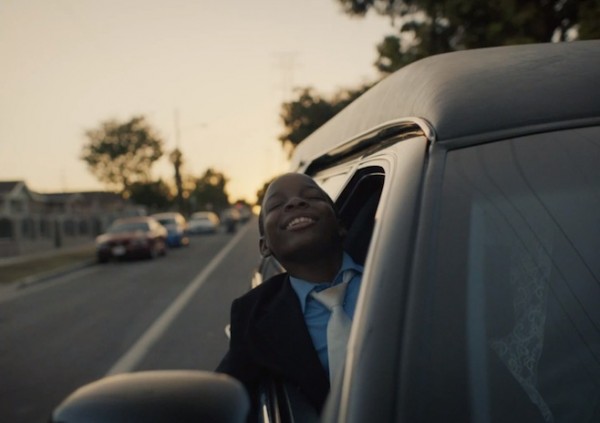 Editor's Note: For our end of the year wrap up, we asked a few filmmakers to compile their own top music video lists. This list was compiled by producer Jason Baum.

I love me a good year end list. Ive been doing this for myself with movies for a while. So naturally I was happy to contribute my music video top ten list for IMVDB this year. I must admit that Ive thankfully been a part of some truly amazing work this year. All of which I cant find the courage to include on my own list as that seems egregiously selfish and biased I mean, I honeymooned in Hawaii with Childish Gambino, welcomed the acclaimed CANADA into the ol Hollywood system, and stormed the main stage of Coachella with Peter Parker. A pretty good 2014...

Anyway, my criteria for the list was simple. What videos impacted me or really stayed with me after viewing? So much content goes across our social media feeds over the course of the year, but which videos are the ones that cant escape my mind?

One last thing. Today is December 31st. Nothing frustrates me more than this idea that Top Ten Lists should come out early in the month or else it will get lost in the holiday abyss. What if DJ Snake were to drop a killer follow up video to the 2014 classic "Turn Down For What on New Years Eve?! WAIT, that did happen (*pardon the shameless self promotion interruption*), click here!

Ladies and gents of the music videosphere, I give you my best of 2014 for your consideration.

Okay, normally a list would go in descending order. But, lets just get this over with. Hiro Murai straight up murdered the competition in 2014. It took extreme restraint not to put every video he released this year on the list. I agree with everyone and their favorite music news outlet that this was the best of the best. The lightness and darkness of this is just sublime. A true classic for the year.

Two words mic drop. That is what Daniel Wolfe did after being gone from the game for the past two years. Come back soon, and dont forget to write!

If you want to see me lose my mind, drop this song in any scenario, place, time. This is my favorite of the "Because The Internet" music videos. Wicka Wicka ONOMATOPOEIA!

Alt J "Hunger of the Pines

You might start seeing a theme here. My favorite videos are always the one that appear effortless. Nothing excites me more than seeing a basic concept, executed in the most deceivingly simple yet daring way. Nabil creates something here that is magical. Hes like a modern day cupid if you will

Note that this embedded video is not the original one that was released. And I dont think the original is floating around anywhere unfortunately. But, mannnnnn was it good when it was. It made even the most agnostic Jew blush. (confused?) Its probably my favorite of Aoifes and her collaboration with Steve Annis thus far.

I love Annie Clark. Her video for Cheerleader that I did with Hiro is one of my personal favorites of all time to have been a part of. This video is so her and such a great representation of her world on this album. Doc Brown has never been so chic.

This is such an anthem. How can you not love this video? I cant look at these contraptions the same way ever again. (what are they called?)

Sky Ferreira I Blame Myself"

I wish I came to the realization years ago that a terrific pop tune set in South Central LA would yield something so captivating. I love how uncomfortable this can be. (some people didnt) Its so unique in tone, which makes it strikingly endearing.

This is a pretty pop pick for my fairly KCRW taste. I was debating this choice for a bit. But, ultimately thought it belonged on this list because I couldnt ignore how I felt after watching it for the first time. I remember being so enthralled by the nuanced narrative and the gradual teasing of the plot. And what a bold statement from an artist. Exquisitely captured in a city that never ceases to inspire.

Alright last spot. So many to choose But, how could I live with this list a decade from now without this on it. There is really nothing new to say about this video. It is all about Maddie and Ryan Heffington. If you havent seen this companion video via Nowness, robot bird your body to this link.

Thanks for reading and I hope to be the number one in your hearts and lists next year!