New Release: Betty Who "Somebody Loves You" Directed By Adam Powell 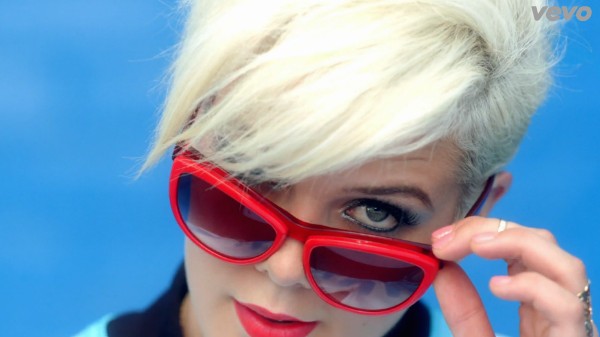 There are some songs out there that just make you happy. As soon as you hear them, you just cant help to think happy thoughts, about things like flowers, babies, or finding $5 in the dryer. Somebody Loves You by Betty Who is one of those songs. Every time you hear it you automatically have to start dancing and call your mom to tell her you love her. The song is that powerful.

Back in 2013, Betty released an Evan Savitt-directed video for the song that featured Betty and some of her mates in a dance studio setting, grooving to the music. A few months later, a Home Depot flash mob proposal video that featured the song went super viral, helping to make the already popular track a huge hit. The success of the song continued to grow and on March 8th, 2014 it reached #1 on Billboard's Dance/Club Play Songs chart. With the track's long-term, growing success, its no surprise that Betty has now released a second video, this time directed by Adam Powell.

While the 2013 version featured lots of fun and dancing, the new video bring those elements outside, brightens them up, and adds a lot more people and colors to the mix. The video stats by introducing a series of brightly colored brick walls and set pieces. As soon as the lyrics kick in, we start to cut between shots of Betty performing and folks dancing to the music. Everyone is styled in rich, vibrant outfits  especially Betty, who ends up looking like the coolest person in the sea of cool people. As an added bonus, there also seems to be a few callbacks to the original video for the song, including a giant phone that could easily be a reference to the phone scene in the 2013 version.

Somebody Loves You was produced by Block Dog Films and can be found on the album The Movement.