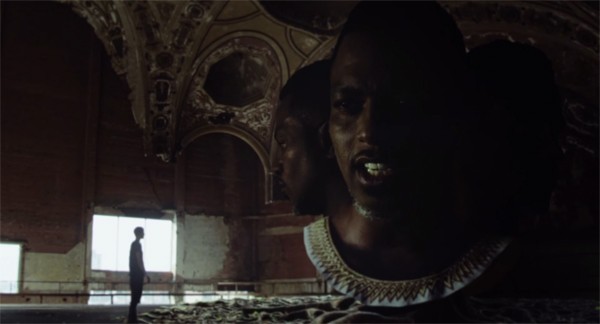 Hiro Murais newest music video for #CAKE by Shabazz Palaces centers around a deserted, broken down city that has been taken over by giant heads and snakes. The video follows a young man running through the city as he encounters surreal object that seem inspired by Shabazz Palaces new album title, Lese Majesty, including spinning crowns, majestic mythical creatures, and 100-foot tall beautiful women. While the dark and bizarre nature of this video is something Hiro is no stranger to, #CAKE is presented in a much more urgent way than some of his previous work.

Despite the surreal elements throughout the video, everything feels grounded in reality. Part of that comes from the fantastic team that was assembled for this video, while some can be attributed to the time spent concentrating on elements of the city that are naturally eerie - at times even letting the visual effects live out of focus in the background of shots and staying focused on what's real.

#CAKE was produced by Jason Colon for Doomsday Entertainment and can be found on the album Lese Majesty.