Video Chats: Timothy Saccenti on "Fall In Love" by Phantogram 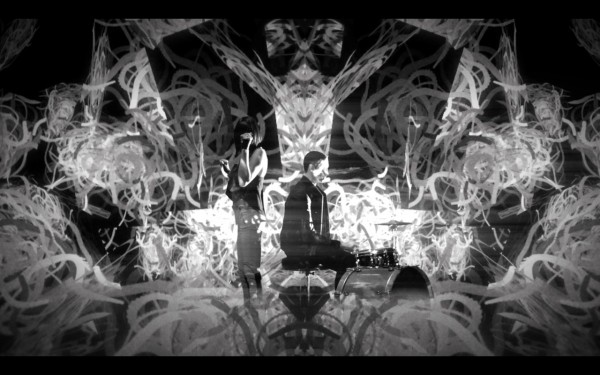 It's not often that you come across a band such as Phantogram, who consistently put out interesting and memorable visuals to accompany their music. This trend continues with the video for "Fall In Love," directed by Timothy Saccenti, and co-directed by Joshua Davis. As we transition into adopting the 4k format, which is being heavily marketed with the most vibrant of colours, there's still something to be said about how striking black and white can look, especially when utilized by the right people. We talked to Tim about the collaboration, capturing the emotional aspect of the song, and his ongoing experiments with video projections.

IMVDb: In addition to directing Phantogram's video for "Fall in Love," you also did the artwork for their latest album, Voices. How did the collaboration first come about?

Timothy: Phantogram had approached me early on to do a series of photographs of them, we met and found we had a compatible visual sense. Being a photographer (I split between motion and stills work about 50/50) is very helpful for these situations as I can meet the band and test out ideas very early on, to sense if well get a long and to build a visual language together, without the massive pressure of delivering a music video in the normal 4-6 week production schedule. 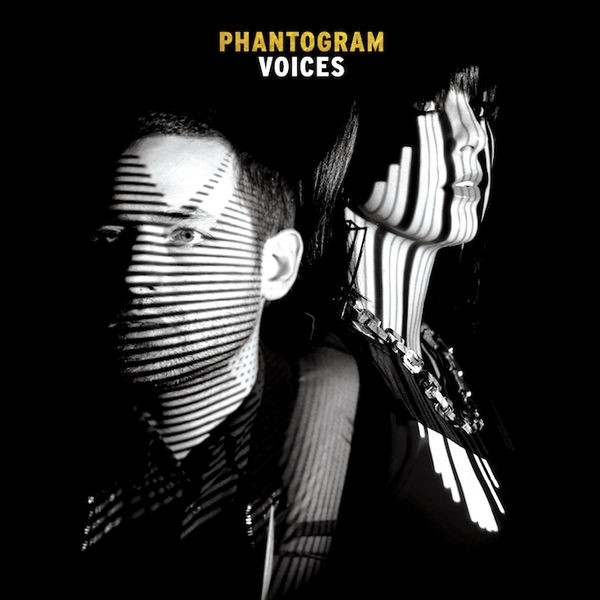 IMVDb: Was there a concept in mind for a video when the cover was being made, or did it develop later on?

Timothy: No, not really during the early stages of the album art. When Im doing a photoshoot I try to have a few setups that are a bit more experimental and exploratory. A luxury, again, that you dont have as much on a motion shoot. During the shoot we experimented with some of Josh Davis visuals as a motif. Josh and I had been experimenting/collaborating on pieces at that point with him creating bits of his generative code that I would then run through analog video synths and edit together. Its always interesting to get things out of the box of the computer and run through through devices, video projectors, etc to see how they degrade. The look of the pieces seemed to work very well for Phantograms direction at the time, which was all black and white with hints of gold, and bold and graphic but not very slick. During the album art shoot I shoot a few minutes of video of Joshes' graphics projected onto our set and as the campaign developed we kept coming back to that material as a possible video. Russell Mack, the flame artist, and I also had been developing some more complex 3D and flame based narrative bits for it, but time and budget constraints made it impossible this time. Its quite similar to how I generally like to work, I have many different personal projects/experiments going on with friends and collaborators and when an artist approaches me for ideas I try to match their aesthetic up with what were exploring.

IMVDb: Both yourself and Josh are no strangers to working with projections, but this was the first time you've shot a music video entirely in black and white. What are some of the benefits or challenges you encountered in shooting this way? Is it a format that you'd consider returning to again for future projects?

Timothy: For this we had already determined the look and feel during the experiments Josh and I did and as well as during the album art shoots but for me I was actually just very keen on using the RED monochrome camera, Ivan Abel [DP] and I had been discussing using it since we had worked together on the Depeche Mode campaign, and we realized that the sensitivity of the chip might bring a new dimension to the projections. It worked out very well and I give credit to the label and band for allowing us to commit to black and white, since when shooting with the Monochrome theres no going back to color after the shoot. 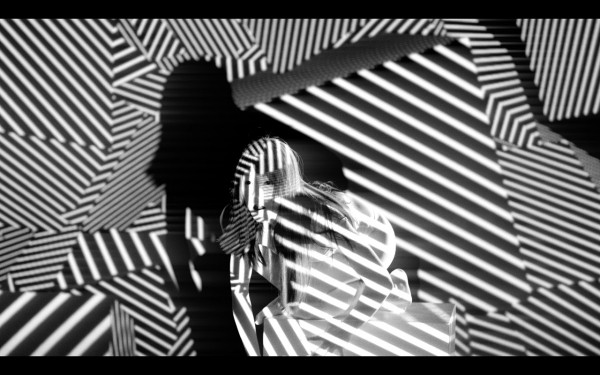 IMVDb: Despite the title of the song implying more of a happy experience, the lyrics tell a different story. Did this influence any aspect of the creation process?

Timothy: I saw the piece as a kind of visual catharsis, that the feeling should be of being hypnotized by some emotion, then breaking out of it. We tried to design the visuals, edit, choreography, and camera moves to build that up, so that after the bridge there was this powerful release. Sarah [Barthel] to me is a very strong female character and I wanted her to channel that in her performance, this element of survival through heartbreak... as well as tapping into the more industrial elements of the music. We talk a lot about referencing things like throbbing gristle, chris & cosey, and that seemed be a strong direction for this catharsis.

IMVDb: Are you currently working on anything else with the band?

Timothy: Weve spent many many months designing the campaign for its release this month, so at the moment they are on tour and Im working on a book release. We will see what the next single brings.